I think the reason this discussion isn’t really going anywhere, is that, for me at least, I don’t really know what is trying to be solved here - as far as I’m aware newtype already handles all of the problems listed aside from syntax ergonomics.

The most commonly raised issue that people have with the syntax aspect is the inability to access fields without unwrapping the newtype. I certainly understand that, as writing getters or having to unwrap can be quite tedious.

I think the case for needing overloaded record literals in general is much less common, but there are times where it would be nice.

So hypothetically, if those things were possible (dot access, literals), what other problems would this proposal be solving? (Aside from the comparePerson one listed above. Sorry - I’m going to reject that one - the arguments you most recently gave against it apply equally to all newtypes, and they aren’t going away any time soon! The inner record instances are not automatically derived, they’re just the instances for Record row, similar to if it was a newtype over some Maybe it’d be the instances for Maybe a).

I think that this is increase in accidental complexity is related to the fact that two types are used instead of one: the record itself: { name :: String, address :: String } and the wrapper: Person .
With named records, we would only have one type (similar to Haskell), and this would not be a problem. That’s why I think that named records, in addition to overloaded syntax for records, would be ideal.
What do you think?

I’m going to echo what @garyb said. I’m not sure it’s accidental complexity, but more separation of orthogonal features. This is how PureScript has always worked with structural types, and I would consider this issue to be uncommon enough that it’s difficult to justify an entirely new feature around it. Just because something can happen doesn’t mean we need a language feature to prevent it. We need evidence that it’s a problem causing people pain. One person’s accidental complexity is another’s feature. Other issues:

This isn’t a lightweight feature once you consider how it has to interact with all the other features of the language. There are potentially answers to all these questions, but I just don’t think it’s worth it. With overloaded syntax, there are several avenues to derive instances for our standard data types however.

@garyb
Of course, there is nothing wrong with newtypes in general. What I think can be improved is the need to newtype every time we need to create an instance for a record. You wrote earlier yourself “Besides, there are many problems with overlapping instances and such like if we allowed people to define them. The workaround for now is to newtype.” 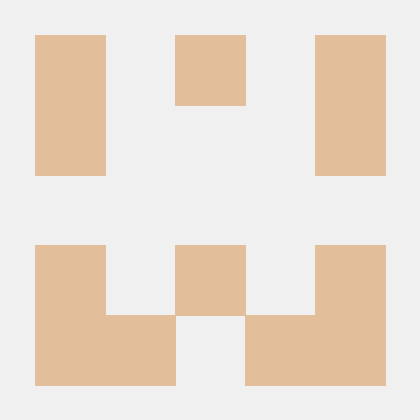 We can easily define instances for sum types and any other types in Purescript directly, but not for records (while other languages like Haskell, Frege, Idris allow this). I understand that this is because records are structurally typed, and that’s why I am proposing to add named records that have a nominal component to their typing.

Today if we have:
type Person r = Record ( name :: String | r )
We cannot define instances for this directly, we need to newtype.

Then, we don’t need newtype wrappers. Also, with newtype wrappers we have two types, but with named records we only have one type, and I think that this can make it much easier to work with.

I guess it just comes down to me not feeling the pain as strongly as you, as aside perhaps from wanting overloaded dot access to avoid having to write getters, this just doesn’t come up as something that bothers me in my day-to-day PureScripting.

The desire to write instances for records is pretty rare for me - and thinking about it, in the cases it crops up, I usually don’t want to allow access to the record internals anyway (to preserve invariants), so end up exporting the newtype for it as an opaque type.

Fwiw, aside from syntax overloading, the named record thing is already possible with existing features:

edit: I realise this isn’t exactly the same as what you were proposing, since it’s reusing basic Eq instances rather than just comparing on name, but you get the idea.

@natefaubion
I completely agree with you that we need to consider whether the feature is worth it given the type system changes and the implementation costs. For now I have mostly been focusing on why I would like to have it, so we could try to agree on whether it gives us substantial benefits.

I am not quite sure what you mean when you mention sum types. I didn’t think sum types should be affected in any way. I thought that there would be even more uniformity with sum types, because currently you can define instances for sum types, but not for records.

I agree with you that having overloaded syntax for dot syntax similar to the latest proposal for records in Haskell [proposal](https://github.com/ghc-proposals/ghc-proposals/pull/282 is a good thing to have, independently of this feature, and, as @jy14898 pointed out, it can also be used to implement this feature.

I think that the till the point you describe your proposal in your last post, there is no problem adding it to the language. However, the real problems come at the point of type inference and literal overloading.

PureScript chooses to not overload basic literals. I love this. In my opinion, this makes the base language way easier to understand for beginners. The 1 :: Num a => a in Haskell is unnecessarily complicated. In PureScript:

What would be the types of c and d after implementing your language proposal? We’d need more magic classes, complicate type inference, and explain it to beginners. Because of the rule literals are not overloaded, your proposal is a no-go for me I’m afraid.

@garyb
Thanks for sharing the example, it is interesting.
However, NamedRecord in your example is also a wrapper around Record, right?
So, in a way it is similar to a normal newtype wrapper.

I would like to have a possibility to create types that have a name and have semantics of Record.
I perfectly understand that not everyone would feel the need to have something like this. Though, I think that Purescript would benefit from this. Also, I think it would be interesting to test out the idea of mixing nominal and structural typing in one record type.

As previously mentioned, if literal overloading is undesirable, we could specify the record type explicitly as we would do in languages with nominal record types (for example, Haskell, Frege, Idris). As Person {name : "John"} means creating a newtype wrapper in Purescript, we could use some other syntax, for example, Person : {name : "John}.

When it comes to type inference, I think that this issue is not unique to this proposal, and we would also need to deal with it if we wanted to implement overloaded dot syntax for newtype wrappers as described by @natefaubion and @jy14898 (as I previously mentioned, such overloaded syntax may probably be seen as a prerequisite for this proposal).

I think there are two possible options:

Yeah, it is still just a newtype. I’m just trying to suggest options that seem to work for what I think are your two main concerns (no unwrapping, named product type with named fields) without the need to introduce a new fundamental thing in the type system with all the knock-on effects and thinking that would require.

If I summarise this correctly, the main concern, also in the Reddit discussion posted earlier, is that the nice and convenient dot-notation cannot be used.

So what if we’d allow the sugar record.Constructor.field on term level, as in this example:

This is the way my colleagues solved the problem in the Clean language (see the grammar at the end of section 5.2.1).

Similarly to the answer on reddit, one can also do

which if you squint, is fairly close to your solution

I think what would be cool is if we had a userland way of making .-like operator more directly:

EDIT: no doubt it’s not trivial as for some reason I seem to think . has magic to parse the following term as a symbol?

EDIT2: If you really wanted to pretend p had fields…

You still need to box it somehow (at least syntactically), but that’s pretty groovy!

Took a bit to work out the types, but this is a little nicer:

Yeah that works, just you have to make sure to pass the person through autoUnwrap first of course

Although interestingly it has problems with $ doing it this way, whereas pretend is fine with $. I know other rank-2 type stuff like ST has the same issue, really I’m surprised it’s not an issue with pretend (beyond my understanding…)

crashes with an eskaped skolem

(also purely by coincidence I came up with the exact same type trying to simplify reasoning about my types, exact as in character for character

Of course Auto and pretend are not mutually exclusive, ie using your defn of show the following works just fine

Something very weird is going on here with instance selection:

Shame that bug exists, as I expect it’d be too easy to accidentally select the instance without realising when using something like Data.Show.show inside pretend’s f

Anyway, I’ve made a repo for the solution 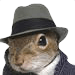 Contribute to jy14898/purescript-newtype-auto development by creating an account on GitHub.