This release contains just one change: the fix for the libtinfo regression that was introduced in v0.14.7.

See the release notes and its corresponding issue for more info: 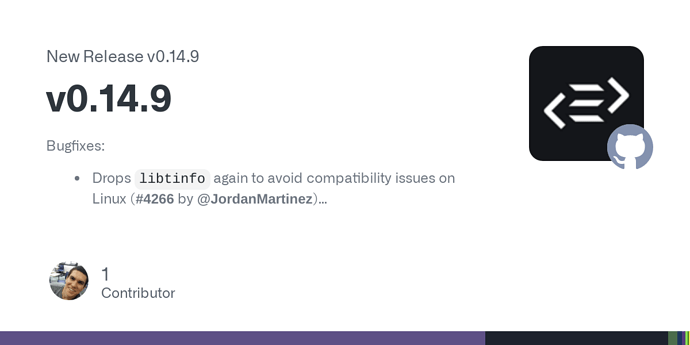