Inspired by @natefaubion’s work on making parsing fast and stack-safe, I recently found the time to write uncurried-transformers, an almost-drop-in replacement for the transformers library that’s more performant and stack-safe.

I say almost drop-in as:

Here’s a very rudimentary benchmark, showcasing a self-recursive StateT action that counts up to a certain limit. It’s quite fast. Also, thanks a lot to Nate for walking me through the uncurried CPS approach, I’ve learned quite a lot implementing this library! 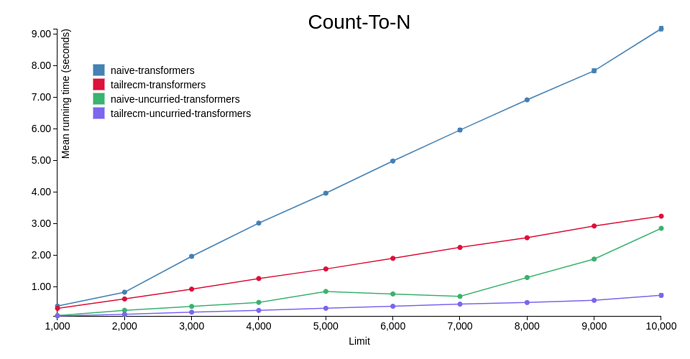