Do you have a PureScript app in production?

Share it here! Even if the code isn’t open-sourced (better yet, if it is share a link to the source!)

We’re using PureScript in production at Lumi for both front-end and a small amount of back-end code. We use our purescript-react-basic library on the front-end for building React components, and we also have some front-end application logic implemented in PureScript. We’re trying to increase the amount of PureScript code all the time.

We use it at FOAM for all frontend projects and to manage our Ethereum smart contract migrations, testing, and deployments. The frontend application running now (beta.foam.space) is a purescript-react/ thermite application, and another one which will be launched mid June is a hybrid halgoen/purescript-react app. We are dedicated to using it in the long term, I couldn’t really imagine using anything else at this point.

We have it in production at CitizenNet, where we’re in the process of migrating an existing Angular 1 app to Halogen. Most of the application is still in Angular, but we’re making good progress at incrementally moving over, and the whole team is committed to getting to 100% PureScript as soon as possible. We all can’t wait until we never have to look at Angular code again!

Our main application is private, but you can check out our UI library purescript-ocelot, as well as purescript-halogen-select which several of our components are built upon.

We are using PureScript in production at JusPay for both complete back-end and front-end.
Our complete code base(back-end and front-end) is in PureScript with as little JS as possible.
We use our purescript-presto library for writing business/application logic.
We use our purescript-presto-dom library, to write platform independent front-end UI which gets rendered on all the platforms(Android, iOS, PWA). Yeah, single codebase gets rendered on all platforms.

Our SDKs are powering payments for Uber, Amazon, Foodpanda and many more.
(It’s safe to say that, almost each and every person in India using a smartphone is using some sort of PureScript application)

We are using PureScript at Awake Security, integrating into an existing React/Redux app. Right now we have about 20k LOC of PureScript in the app (with an additional 16k of generated code

). We also have a separate parser for our query DSL which is also in PureScript.

We created the WHO Violence Information knowledge platform using PureScript. We wanted to be able to have static guarantees from the point where data enters our system, i.e. the Excel files the client sends us, up to the point where we render the visualizations so that we can confidently update the (messy) data in the future and be sure we can actually display it.

We’ve got a purescript frontend for conference session proposals and review at WeReview . wc -l says about 9k PUX frontend, almost 4k in tests and Backend as a Service (firebase, will be developing some new backends on AWS lambda, possibly with purescript, starting out with claudia.js for learning).

We’re using Purescript on our backend as a GraphQL resolver implementation at Swift Navigation. 3.7k lines Purescript, 13k compiled JS, 2.3k unit tests in Purescript, and 1k of integration tests in JS. The backend is written with the Run type so it’s a bunch of Specific DSLs that come together to form the full API. Using Purescript in this way, allows us to use GraphQL in a type-safe, strict language that also has access to all the dependencies of the NodeJS ecosystem.

I’ve been thinking about a GraphQL library like that for a while. Is it open source?

I’ve been thinking about a GraphQL library like that for a while. Is it open source?

I think that question was answered here: https://www.reddit.com/r/purescript/comments/85vfmb/launched_a_haskell_purescript_backed_data_service/dw4p3f6/

@spicydonuts I’d love to see a GraphQL library, though I haven’t got the time available to work on it

If you do get started, be sure to post and I’ll watch / pitch in where possible!

I am using Purescript for a birth control decision support tool.
The core logic is implemented in purescript, and that is integrated into a react native application, and available as an amazon lambda endpoint (lambda just for testing at this point).

I’m using a single halogen component in production. It’s not a very complex solution but I was very happy getting it up and running and it’s been very enjoyable to write in Halogen. Here is a link to the repo. 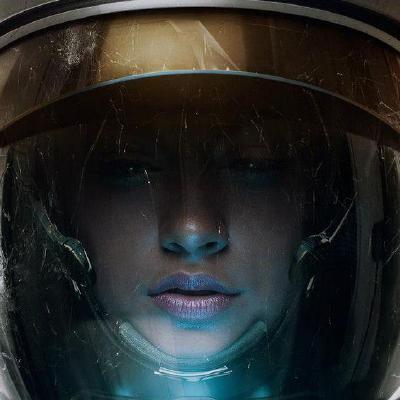 rentable.com (now offline, domain owned by someone else) was 100% PureScript. The front end is Pux, the backend is the ExpressJS wrapper, and we wrote a custom PostgreSQL wrapper. This app needs a lot of work to make it perform better, regrettably.

I’m curious, why a custom postgres wrapper and not one of the existing ones?

It’s trivial to wrap a JS library for Postgres and it’s nice to be able to experiment with various ways to design the types and functions for it.

I wrote Purescript Graphql, it it a 100% typesafe wrapper around GraphQL JS. Right now I don’t really work on it but I would love to hear everyone’s opinion. Simply clone the example project and start writing a GraphQL API in Purescript. There is also a halfway finished tutorial. Please don’t hasitate to open an issue or DM. Your interest will motivate me to keep learning und building