Recommended tooling for PureScript applications in 2019

I often see questions in Slack about what tools are supposed to be used in PureScript projects. This post is an attempt to clarify tooling for the common case: a PureScript app run in the browser, possibly with a mix of JavaScript and PureScript code.

There are a few sections here, feel free to skip around:

Side note: all of this stuff is used in practice in the Real World Halogen example application, if you’d like to see it in action.

If you are starting a new application in PureScript today, I recommend the following tools:

Some other tools worth mentioning:

Some other tooling from the PureScript ecosystem which I no longer use often, but which you’ll see in the wild:

Going back to the original list of tools, here’s a sequence of commands to set up a new project which relies on a few libraries from the PureScript and JavaScript. It assumes you already have Yarn installed, but will install the rest along the way.

At time of writing, Yarn has produced a package.json file containing these dependencies:

We can now start using these locally-installed tools to get our project started. First, we’ll initialize our PureScript project — this will create a .gitignore file, src and test directories, and sync us with the latest official package set.

We can also compile and run the Main.purs file which has been created in the src directory:

Let’s say we’re going to use Halogen to build our UI — we can now use Spago to install this PureScript library:

Now that it’s installed, we can recompile our project so Halogen and its dependencies are built:

And we could now start using Halogen in our project:

Let’s say we want to use `marked`, a JavaScript library for Markdown, via PureScript’s foreign-function interface. We can go back to Yarn to install the library:

And now our package.json has the marked library installed, too.

Setting Up Bundling (Serving to the Browser)

We’ve compiled our PureScript project, which has produced JavaScript files in our `output` directory, but we haven’t yet got anything we can actually send to the browser.

Note: this section is going to be rapid-fire just so you’re aware of the basics. It’s not a tutorial on using tools like Parcel and Webpack. See projects like Vidtracker or Real World Halogen for real world examples.

Let’s use Spago to create a single app.js file from our project, instead of just compiling a bunch of modules in the output directory. That way we can actually import the resulting JavaScript file into an HTML file and view it in the browser.

Now, let’s create a tiny HTML file which imports this JavaScript. We’ll then be able to open that file in the browser and use our app.

We can use a tiny HTML file like this one — just enough to provide a DOM node for our application to run inside, and an import for our bundled app.js file, which we’ll create in a moment:

If we had actually made a Halogen app, we’d be able to see it now. But this isn’t quite enough — we actually need to bundle in a JavaScript library, too, the marked library we installed earlier.

Most single-page applications will use a bundler like Parcel or Webpack to bring all their JavaScript, CSS, and HTML together, minify them, and do other processing for efficiency. They also typically support other conveniences like dev servers and hot reloading.

Let’s get Parcel working to bring our JavaScript and PureScript together in a single JavaScript file which can be shipped to the browser. Luckily for us, all we need to do is run parcel on our index.html file:

It’s a bit tedious running all these commands manually. What if we wanted some automation? We don’t need to introduce any new tools.

We can adjust the package.json file to have a ”scripts" key where we put commands we’d like to be able to run with Yarn. Here’s a small example:

Now that we have these scripts in place, we can run commands like:

I will say that using halogen with hot reloading tends to result in duplicate components being rendered, so in your JS root file, it’s good to actually trigger a reload.

I have a little starter template with some built in hot reloading behaviour here: https://github.com/Benjmhart/purehmr

something i also find with this workflow is that the feedback cycle can be a bit long for the purescript compiler + parcel. (also I occasionally hit some bugs with the way purescript gets interpreted by parcel which can’t really be explained here)

to have a shorted feedback cycle where we’re concerned primarily with compilation errors, I recommend PSCID https://github.com/kRITZCREEK/pscid

Some notes about npx:

Due to these points, I strongly recommend moving away from npx (my project at work has done so and the behavior of yarn run effectively supersedes npx). Note that the yarn run behavior mentioned here does not apply to npm, if you’re on npm you may still benefit from npx.

@Benjmhart that’s a good point about Halogen and hot reloading. Thanks for the link! I’ve also added pscid to the list of tooling, because I’d forgotten about it – I find the compile / error loop to be quite fast in VSCode and Vim with the IDE server, but I’m not waiting on Parcel or Webpack.

@cprussin That’s good to learn about. I wasn’t aware you could do this with Yarn, and it’s one more reason to move away from npm / npx. I’ve updated the post to include this information.

At this point you can easily get away with managing a PureScript project with only Yarn installed and then using it to install the compiler, Spago, and Parcel. That’s a reasonably lean set of tools. I have a soft spot for managing everything with Nix, but I don’t think that’s a reasonable suggestion as the default for most people.

Wow this is great. I vote the post is placed somewhere on the purescript.org site

I’m not sure how opinionated purescript.org wants to be about tooling, but there is at least a movement to recommend Spago by default.

On the one hand I think it makes sense to add a file to the documentation repository for web-specific tooling which recommends Yarn + Spago + Parcel, but on the other, this stuff is largely a matter of opinion, is project-specific, and changes fast. That makes me ambivalent about any official endorsements.

On one hand, I like how unopinionated PS is, but on the other I don’t

I think a lot of people don’t know how to get started, and yarn + spago + parcel is a great way to get going. Having this list here is great, but I use PS every day and I barely ever visit this forum. I’d imagine new users are similar.

You make a good point. I’ve opened an issue on the documentation repository relating to this.

Fantastic post. It takes a while to put all the pieces together. Great to see all this in one place!

I put together a minimal repo for anyone wanting a quick start with the tooling recommended in the thread. I left zephyr out, as I can’t find any docs on using it with spago. I also left out npx and psvm. 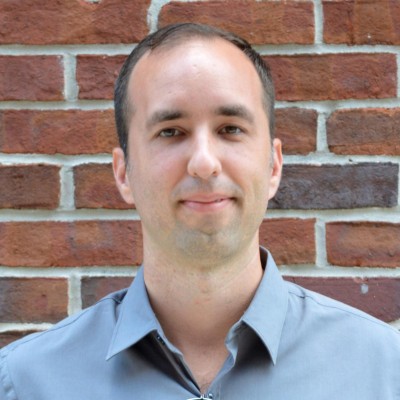 Nice. What’s the point in mentioning tmux though?
Not everyone uses it, and it is unrelated to PS, which is not obvious for a linux and PS newcomer.

I’m a new user working through this guide and two other “official” guides:

I’ve found this guide to be the most helpful. Should the above two references be updated to follow this workflow?

I’m attempting to update the first guide, and want to clarify what prereqs are needed to launch the repl.

Edit: Found yarn spago repl, so disregard the rest of this message.

Should purescript still be installed with npm or yarn globally, or should I find a way to temporarily add the project’s specific version (located in node_modules/purescript/purs.bin) to $PATH?

Here’s a log of what happens when attempting to launch the repl if purescript is only installed via yarn as described in the first post:

Yea, looks like the yarn ... commands are what you’re looking for if you want to run locally-installed tooling in your project. As far as updating the getting started guides, I opened an issue about adding this guide, but it hasn’t seen much progress yet.

Ultimately I think of this as my recommendation, but not necessarily something that would work as an official ‘PureScript’ stance. Still, I think it deserves a place somewhere in the official docs.

If you’re new to PureScript, you might find my repo helpful as well: http://www.github.com/jordanmartinez/purescript-jordans-reference

This thread is super helpful, thank you all! Just thought I’d offer my current WIP for using Purescript with Nix: https://github.com/tbenst/purescript-nix-example

Please let me know if you have suggestions!

I think this is because there is no Example in dist, but if I try to call spago without --no-install --no-build, it fails due to no internet connectivity in sandbox.

Got it working! Here’s my nix derivation: